We'll let you know when we're ready to open for business!

The type A2 far trader derives its name from its enhanced jump rating:  its drives are capable of jump-2, twice the standard free trader’s range.  The far trader, also known as the Empress Marava, can be encountered anywhere in the Imperium.  It roams far and wide, and deals with every world it finds. Even amber zones and red zones are not considered off limits by its captains, provided there is profit to be made and the risk of being caught is slight. 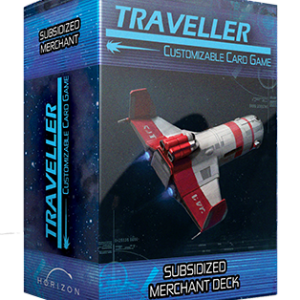